Fairfax County, Virginia is one of the most desirable counties in both the state of Virginia and the Washington D.C. Metropolitan Area. The largest and most populous jurisdiction in the Commonwealth of Virginia, Fairfax County’s population of over one million is more than that of seven states. It boasts one of the largest median household incomes of any county in the nation, over $85,000 per year, due to the high education level of the majority of its residents.

This highly educated and skilled populace has been a magnet for a wealth of technological firms and Internet-based corporations; aerospace and defense industries also have settled in Fairfax County. At present, the county has more jobs than any other in the nation’s capitol region. The Washington Metropolitan area itself has less than 3% unemployment rate, lower than any in the U.S. 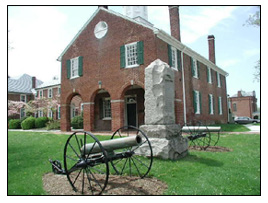 Steeped in national history, Fairfax County was home to two of America’s great visionary leaders, George Washington and George Mason, who led the Revolutionary War against tyranny and repression. Today’s top leaders in technology and development make their home here, leading the nation in a different kind of revolution, one that promises to reshape our future once again.

Founded in the 1700’s, Fairfax County is visited by historians from all over the world. The wealth of historical sites from both the Revolutionary and Civil wars are preserved with honor and reverence in this region.

Strategically located just minutes away from Washington D.C., the county has a heavy draw for international businesses due to its fine technology infrastructure and its close proximity to diplomatic communities, embassies and global financial institutions. World-wide markets are easily accessed from the Washington Dulles International Airport. The Fairfax County Economic Development Authority (FCEDA) is the only organization of its kind in the Washington D.C. area that has its own International Marketing Division, which is totally equipped and experienced in helping with every aspect of relocating global corporations into the region.

Tyson’s Corner, VA is considered the ‘downtown of Fairfax County’, being second only to Manhattan in the amount of retail stores. Neiman Marcus, Macy’s and Saks 5th Avenue are just a few of the top-of-the-line shops to grace the town. Shopping is excellent throughout the county, with Reston’s Town Center and Virginia’s premier Mall, Springfield Mall lying within its borders. Tyson’s Corner, a large corporate base, is home to AT&T, Boeing and IBM, to name just a few.

The neighboring Vienna regional area is proud to host four of Fortune Magazine’s “Best 100 Companies to Work For,” including SRA International, MicroStrategy, Capitol One and American Management.

The Microsoft Corporation recently opened its Microsoft Innovation and Technology Conference Center in Reston, VA, Fairfax County’s gem of a city. Reston is a unique planned community that has held fast to its vision of preserving the beauty of its natural, unspoiled land, while still progressing forward with the boom of Fairfax County. 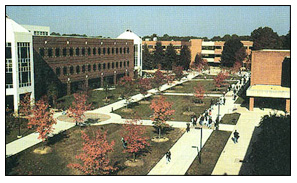 Reston and Vienna both are rich cultural centers. America’s only national park for the performing arts, Wolf Trap Farm Park, is found in Vienna, as well as the George Mason University Center for the Arts, home to the Fairfax Symphony Orchestra. Reston, VA is known as “a community of the arts.” The Greater Reston Arts Center (GRACE) is one of the foremost visual art institutions in the region. Reston is renowned for its community theater and its League of Reston Artists.

Fairfax County, VA has a broad spectrum of housing available, capable of meeting any income bracket. From the outdoorsy park-like setting of Reston, which was voted a Community Wildlife Habitat, to the old historic districts of the older towns, from new construction to National Register of Historic Homes, real estate throughout the county comes in all shapes, sizes and prices.

With an outstanding public school system and many private schools, Fairfax County stands out as an excellent place to raise a family. The public school system consistently receives some of the highest ratings in the nation. A vast range of choices are available for higher education. Five major college and university campuses are located here: Northern Virginia Community College, George Mason University, Old Dominion University – TELETECHNET, and two branches of the University of Virginia, the Darden School of Business and the Virginia Tech graduate center. More than 40 other campuses are scattered through out the Washington D.C. area.

World class public transportation is available through the WMATA Metro system and the Metrobus Lines. I-95, Fairfax County Parkway and the Capital Beltway I-495 all provide quick and easy access throughout the region. Ronald Reagan Washington National Airport, Dulles International and Andrews AFB are all in close range.

Residents here enjoy a mild and moderate climate, with the coldest winter temperatures averaging in the low 30’s and the hottest summer months in the 70’s. Precipitation is about 40 inches a year.

Fairfax County has a wide range of offerings to the outdoor enthusiast with miles of hiking and bridle trails. Lakes and rivers abound, ready for swimming, boating and fishing. Lying within easy reach of both the Atlantic Beaches to the east and the haunting Blue Ridge Mountains to the west, the excitement of the nation’s Capitol and the hush of old Battlegrounds and museums, Fairfax County has much to offer to visitors and residents alike.

Standing at the crossroads of our colorful past and bright, promising future, Fairfax County truly is one of the premier places to live and work in the nation.