Rockville, MD, the county seat of Maryland’s affluent and prestigious Montgomery County, is a lush mix of national historical past and excitement for the nation’s future. From its early Colonial beginnings known as Hungerford Tavern, after its most popular establishment where the first outcries against the British were heard, to today’s Rockville where the residents are keenly active in their community.

Rockville is one of Maryland’s largest cities and occupies over 13 square miles of the Metropolitan Washington D.C. area. It large portion of the high technology I-270 corridor lies within the city limits.unique and stimulating city.

Rockville, MD is a high employment center, with a 2000 census of 47,388 population and an employment base of an estimated 48,900 jobs. Over 50% of the population work in managerial and professional positions and over 20% in sales and office occupations. The Federal government is the largest employer of the Rockville populace, although the city is headquarters for many national corporations, research firms and, of course, Montgomery county government as well. 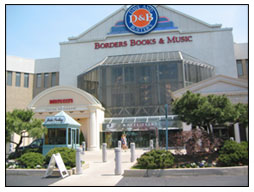 Over 17,000 households make their home in Rockville and enjoy the wide variety of community facilities. More than 50 parks and playgrounds dot the city; over 30 tennis courts, a golf course, a nature center; and swim and fitness centers are enjoyed by the residents. Heaven for bicycling enthusiasts, bikeways trail all throughout Rockville. The city boasts its own theater for the performing arts, the F. Scott Fitzgerald Theatre and a host of cultural organizations, art galleries, a youth orchestra and concerts.

Rockville, MD has over 250 years of being a cultural, political and economic hub for Montgomery County. The settlement grew around the Hungerford Tavern during Colonial times and was a hotbed for dissent against British rule. Today it is a mecca for history buffs, who travel from all over the nation to visit the many historical sites and houses listed in the National Historic Register. The residents of Rockville take great pride in their past and the list of programs, tours and lectures available to the public is legion. From Civil War enactments to Native American archaeological digs, tours of the Underground Railroad route and lectures on 19th century medicine, not to mention museums and historical libraries, the past is preserved with honor and care in Rockville. Eight different Local Preservation Groups flourish in the area, and Rockville City itself offers tax credit for homeowners of historic homes in order to help their preservation. Peerless Rockville is just one example of the many local organizations created to enjoy and explore the rich heritage of the area.

Rockville, MD is the only city that can claim to have buried the classic author F. Scott Fitzgerald not only once, but twice. He and his wife Zelda were first buried in the Rockville Cemetery under a common headstone, and then in 1975 were re-interred in the St. Mary’s Cemetery, where many of his family members lay at peace. The church and cemetery are now listed in the National Register of historic sites.

Growth started slowly in Rockville, MD but the coming of the Baltimore and Ohio Railroad in 1873 escalated it. More expansion came in the 1930’s and then again in the 50’s, slow enough to preserve the past, fast enough to make the Rockville of today a cosmopolitan city of unique and unquestionable charm. 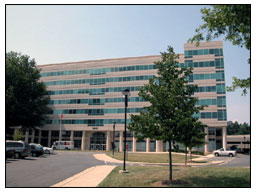 Rockville offers modern culture along with the preservation of the past. The multitude of civic groups throughout, the community networking that is available, the Montgomery County Business Resource Center all combine to make Rockville a city that is bursting with new life and fresh ideas. The Master Plan and City Projects, pages listed at the Chamber of Commerce website show a community that is deeply involved with and devoted to its city’s life. Rockville, MD can look forward with confidence to thriving and stepping forward into a bright future.