News: 3 killed when SUV collides with snowplow in Silver Spring

by The Law Offices of Paul A. Samakow, P.C.

SILVER SPRING, MD – Three people were killed on Monday evening when their SUV slammed into the back of a snowplow in north Silver Spring, WJZ reports

Emergency responders were called to Columbia Pike near Briggs Chaney Road at about 6:45 p.m. that night, and arrived to find a black Cadillac SRX that had rear-ended a Peterbilt snowplow. Three of the SUV’s occupants were pronounced dead at the scene. They have been identified as Gary Eugene Early, 52; Natasha Ann Hunter, 41; and Shawde Ajee Nayonta Wicks, 27.

A fourth occupant was pulled from the vehicle and rushed to an area hospital, where he remained in serious condition as of Tuesday afternoon. His identity has not been released at this time.

It is unclear whether the snowplow’s driver was injured.

Want to know how those injured might be helped? Want to know what compensation they are entitled to? Get my free book: The 8 Critical Things Your Auto Accident Attorney Won’t Tell You 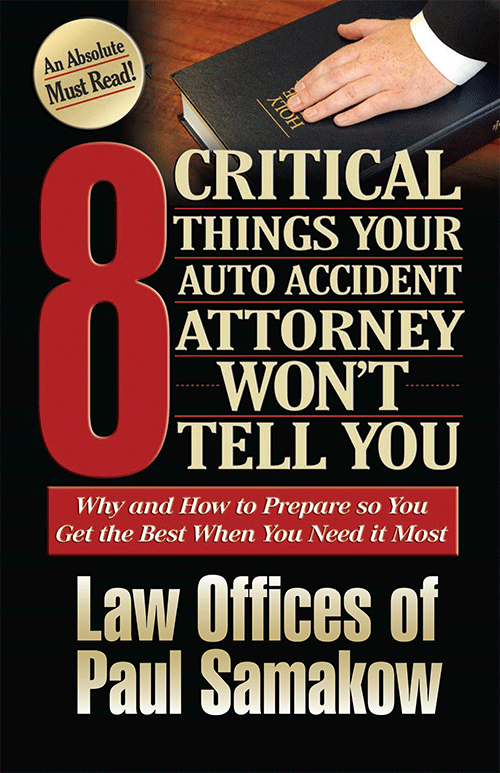 - even if you don't own a car! Get this 100% FREE book now! Download Now
WordPress Video Lightbox Plugin